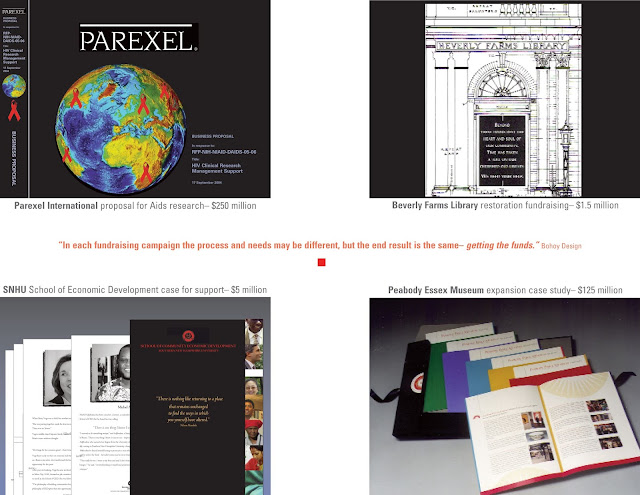 Posted by Johanna Bohoy at 4:43 PM 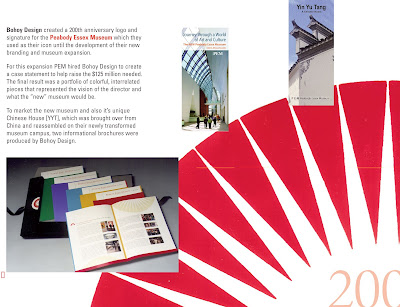 Bohoy Design created a 200th anniversary logo and signature for the Peabody Essex Museum which they used as their icon until the development of their new branding and museum expansion.

For this expansion PEM hired Bohoy Design to create a case statement to help raise the $125 million needed.
The final result was a portfolio of colorful, interrelated pieces that represented the vision of the director and what the “new” museum would be.

To market the new museum and also it’s unique Chinese House [YYT], which was brought over from China and reassembled on their newly transformed museum campus, two informational brochures were produced by Bohoy Design.
Posted by Johanna Bohoy at 4:22 PM