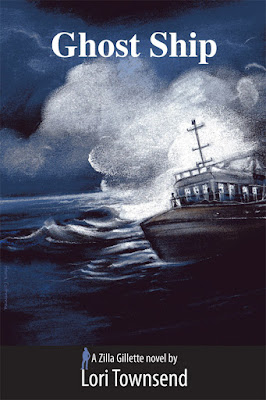 For the novel "Ghost Ship" by Lori Townsend, Johanna did a pastel painting of a ship enveloped by ghostly mists and clouds, in an ink-dark night, on an eery roiling sea. The thriller depicts reporter Zilla Gillette who investigates the human trafficking of young girls and boys who have been abducted and carried by a vessel at sea to a hidden location.

For info on the book, or to buy go to: https://www.loritownsendak.com/

Posted by Johanna Bohoy at 3:59 PM 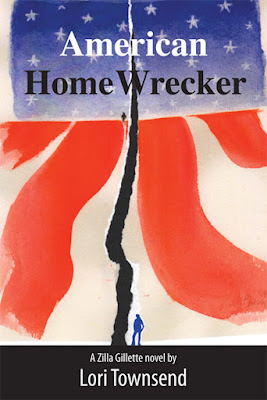 Johanna used her painting, done in 2008 to symbolize the commencement of Obama's presidency, for the cover of the novel "American Home Wrecker" by Lori Townsend.
The book is a depiction of the white supremacist underworld in America, as well as a look at domestic violence investigated by reporter Zilla Gillette.
For the cover design she ripped the art apart to simulate what the "home wreckers" in the book have attempted to do– divide America, abolish what our first African American president had accomplished, and to create tumult in America.
For info on the book, or to buy, go to Amazon or:  https://www.loritownsendak.com/
Posted by Johanna Bohoy at 3:26 PM